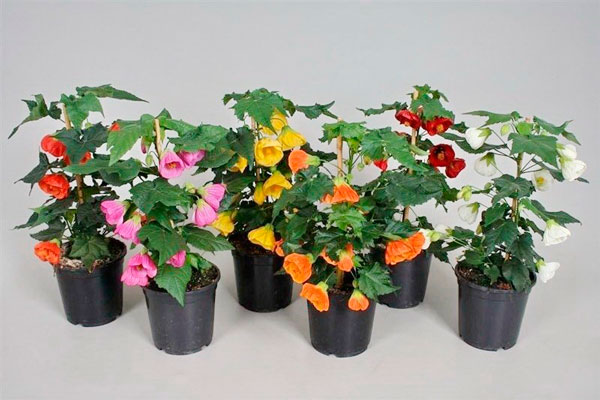 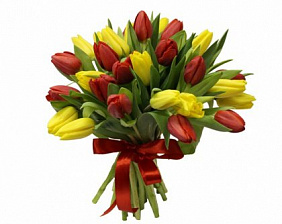 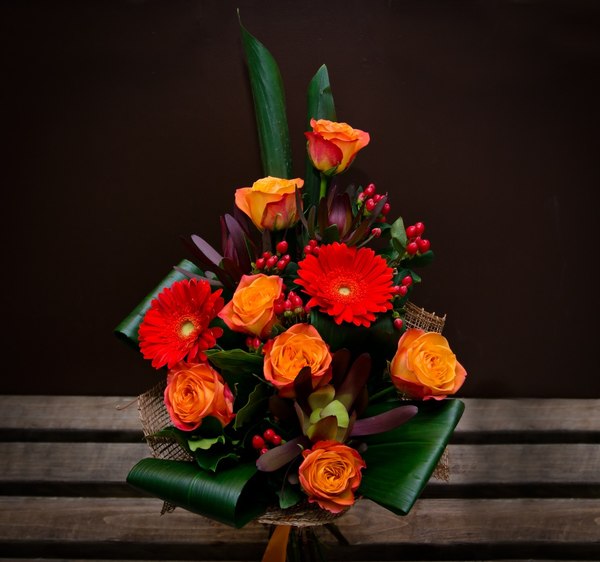 Flowers for AquariusFlowers have their own special, strong energy and are able to influence a person’s life. Astrology helps determine which flowers will benefit a particular sign. Aquarius - what are they?…

We deliver flowers over distances and even to Mars: a fantasy story 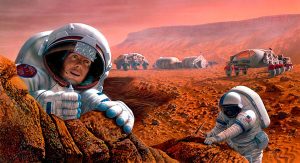 Year 2216. Now on Mars there is everything you need: water, food and even air. A large transparent dome above the planet allows you to breathe without spacesuits. Of course, not all plants are still adapted for growth in Mars soil, so for now it is necessary to bring them from the Earth.

In a large parking lot for ships today is crowded. There are crowds of tourists who have flown in to see the legendary colony, couriers about to send out parcels of mail, businessmen and scientists, and those who have come to visit their relatives. So far they are in protective suits, but as soon as they get to the territory of the colony, they can be removed.

Let’s imagine what flower delivery to Mars would look like?
Flora Express on Mars
A large interplanetary ship sank into the parking lot, raising clouds of red dust into the air. The inscription on its smooth silver surface reads: “Flora Express – delivering love over distances!”. Now that we live in Mars, the company was one of the first to deliver flowers here, because the “Martians” also want to give beautiful gifts to their lovers and relatives.

The door opens and a few people descend to the hard Martian stone. They are all dressed alike: in Flora Express signature clothing. One of them, fair-haired Ivan, must deliver a luxurious bouquet to a girl working as a specialist in a chemical laboratory today. Her young man decided to surprise her on the anniversary of their relationship. Unfortunately, he remained to work on Earth, and they are seen infrequently.

In the laboratory
Ivan got to his destination on a flymobile, a special flying device, and also quite fast. Approaching the laboratory building, a young man from afar noticed a secretary girl with fiery red hair working at the entrance. It seems that she is a nee Martian, she looks so harmonious here.

– Hello, what is the purpose of your visit?

A girl of about 25 politely looked at Ivan from her window. On the badge, he read her name – Elena.

– Good afternoon, Elena, I’m a courier of Flora Express, came to give flowers to your employee Olga.

Soon life on Mars will become a reality
Soon life on Mars will become a reality
Elena called Olga, and Ivan handed her a bouquet. The joy of the girl knew no bounds, because she did not expect such a pleasant surprise at all! In addition, together with a magnificent bouquet of burgundy roses, the courier handed her a cute teddy bear and a basket full of chocolate. With a bouquet in his hands and a happy smile on his face – such a courier captured Olga in the photo and sent it to his groom.

Already about to leave, Ivan noticed the flyers lying on the counter. At one of these, it was reported: “Today, at 22:00, the party of the year at the SuperMars Club! Come all – it will be hot! ”

“Well, you can delay, just today I have a day off,” thought Ivan. Then Elena raised her eyes again and looked at him:

“I’ll be there too today.” Maybe I’ll see you later, and the girl winked at Vanity coquettishly.

In the evening
It seemed as if all of Mars had gathered at the club today. The long crowd of youth at the entrance looked endless. Already desperate to get inside, Ivan noticed a fiery flash of hair passing by: yes, it was she. Elena turned around:

Sometimes flower delivery is not an easy task, but our couriers always do an excellent job even with the most difficult task.
Flora Express couriers deliver flowers to anywhere in the world.
Passing the queue, Elena greeted the guard and went to the club, taking Ivan’s hand. Inside, there seemed to be even more people than outside. Fun music rumbled, waitresses walked by with food and drink on trays.

Having made their way to the dance floor, young people began to dance, but suddenly, slipping, Vanya fell and hit his head. Everything swirled before his eyes, and he lost consciousness.

On the ground
Waking up, Vanya discovered that he was lying on the ground. Through closed eyelids, he felt the sun shine brightly. Having risen, he realized that he had dreamed all this: he was on Earth, in the yard in 2016, no flights have yet been invented to the red planet. And the bouquet must be delivered to Moscow beyond the Moscow Ring Road, and not to Mars.

“I think I had a sunstroke. Too hot, he thought. Then Vanya noticed a red-haired girl walking down the street. She turned around and, smiling, coquettishly winked at the guy … 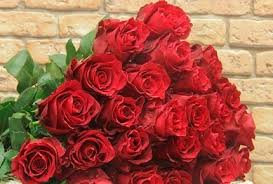